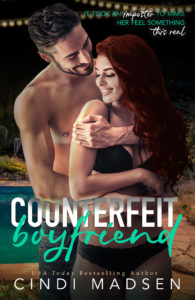 My twin brother’s talked me into a lot of crazy things, but taking his place on a road trip with his girlfriend so he can party with his friends is a whole new level of insanity. What’s even more insane is I somehow find myself agreeing to it—thanks, alcohol, guilt, and bribery. I’m determined to undo the arrangement, but then I meet Gwen, this sexy redheaded hurricane of energy and brains.

And then she kisses me. Just like that, I’m driving her up the coast, on our way to a wedding with a mess of complications. With each hour and each stop, I’m falling harder and harder for a woman who doesn’t know my actual name.

I’m trying to do the right thing. Or the lesser of the wrong things. All my life I’ve had to clean up my brother’s messes, but for the first time ever, I’ve landed the upper hand in one of our switcheroo schemes. Now I’ve just got to come clean and convince Gwen that I’m the brother she should be with.

Excerpt with picture that inspired part of the excerpt!!! (Spoiler: it involves a unicorn)

Five ridiculously intense rides where I’d wrapped myself around Evan later, my legs and body had turned gelatinous after moving too fast for too long.

And I was still wrapped around Evan. That move was like twenty percent the-ground-felt-unsteady-under-my-feet, and eighty percent enjoying-being-wrapped-around-him.

He slowed in front of the booth with a tower of milk bottles people tried to knock over for prizes. “To make up for dragging you along on all those rides—which I know you enjoyed, even though you’ll never admit it—I’m going to win you a prize.”

“One, I enjoyed them as much as anyone who thinks too much about every bolt and rickety part can, and two, these games are all rigged.”

“No faith,” he said, shaking his head.

“That’s what happens when you’re tricked into riding death traps in the name of ‘fun.’”

Evan lowered his lips to mine, and the way my stomach dipped and my skin hummed was a hundred times better than any thrill I could get from even the most insane carnival ride. “And now to wow you with my other talents.”

The guy handed him five balls for his five dollars, and Evan lined up for his throw. He launched the ball through the air, and while the speed and the way it smacked the bottles was impressive, they didn’t go down.

Since I like to be super helpful, I said, “See. Rigged.”

Evan quirked his eyebrow at me, then picked up the next ball and threw it. Another hit, but the bottles barely wobbled.

“I gotta be honest, I was more wowed by the kissing.”

He pinched my side, his grin bringing out the sexy grooves in his cheeks. Determination set his jaw as I handed him the next ball. Three more throws, three more times the stack wobbled but didn’t go down.

“One more round?” the guy working the booth asked. Then he looked at me. “How about I give the lady one throw for free? I won’t even straighten the bottles.”

He pulled a bright-red ball out from under the stand, and with a shrug, I reached for it. Not like I had anything to lose. I studied the ball, noticing it looked bigger than the ones Evan had been using, and it felt heavier as well.

The guy working the booth gave me a secretive smile I quickly returned.

“Do you need me to wrap my arms around you under the pretense of teaching you to throw?” Evan asked.

“Hmm. While I like the thought of that, I think it’d be safer for everyone if you gave my throwing arm a wide berth.”

He took an exaggerated step back and placed a protective hand over his package.

“Very funny.” I sucked in a deep breath, cocked my arm, and threw for all I was worth.

The ball collided with the bottles, and they went down with a loud clatter. I jumped up and down and added a maniacal laugh. The guy working the booth pointed at the stuffed animals I could choose from.

“Way to show me up,” Evan teased as he came up behind me, wound his arms around my waist, and rested his chin on my shoulder.

I glanced back at him. “What prize do you want?”

“I want you to have a souvenir to show off to your friends when you brag about how well I take care of you.”

He moved his lips to the column of my neck and dropped a kiss there, and my entire body broke out in goosebumps. “Then I want the unicorn riding the rainbow, of course.”

“Oh, sure. Promise mea unicorn, then rub it in my face when youget one.”

The guy handed me the colorful stuffed creature, and I studied my prize as we walked away. “This unicorn’s more than riding the rainbow; he’s totally humping it.”

That made me snort-laugh, and I hugged the dirty unicorn to my chest, already sure it was going to be my all-time favorite souvenir. 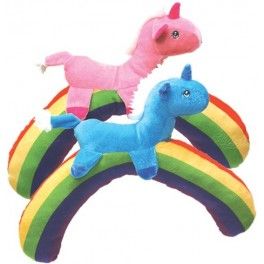 Or members can read on KU! 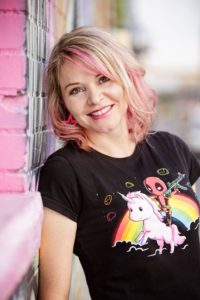 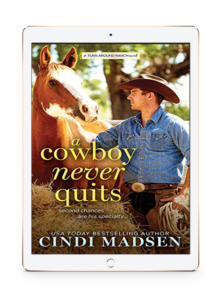 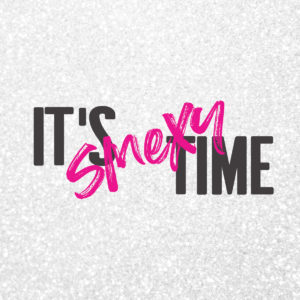 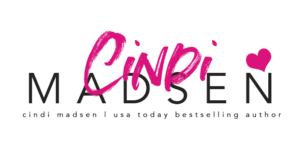